Mira Burmeister-Rudolph has presented her paper “A transnational social contract: Social protection policies towards Non-Resident Keralites” at the European Consortium for Political Research (ECPR) and American Political Science Association (APSA) conferences this month. The paper focuses on the Indian state of Kerala. From the 1970s until 2009, Kerala was the major origin state of low-skilled migrant workers from India and continues to be a significant origin state for migrant workers. Many workers went and still go to the GCC region. Kerala is a frontrunner in migrant social protection. The Department of Non-Resident Keralites Affairs (NORKA)administers a wide range of social protection programmes for migrant workers and their family members, including pre-departure orientation, a helpline, insurance scheme, and scholarships for children of migrant workers. Using data from interviews and reports, Burmeister-Rudolph argues that these programmes are founded on both instrumental and ideational logics. She also points to the importance of subnational identity as a basis for solidarity. 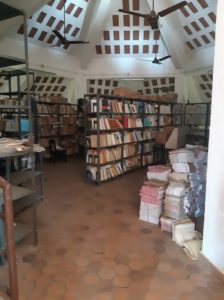